What Direction Does Your Leadership Compass Point In? 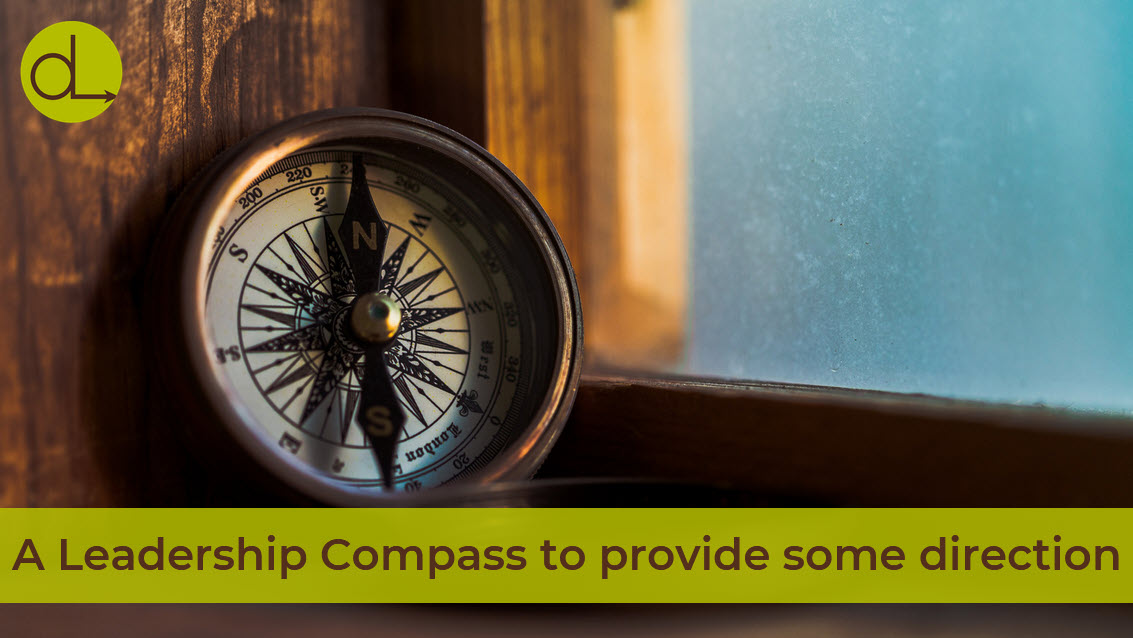 “Can we just make a decision already?”

Chloe was trying to stay professional, but inwardly she was fuming.

The meeting had already been going on for 20 minutes, and she had another four urgent tasks that needed to be finished before the end of the day. And there was Nora again, insisting that Victor and Anna get heard before they could pull the trigger.

“It’s not so simple, Chloe,” sighed Nora. “It costs a lot of money to go to this conference. And I’m not even sure if Victor and Anna have seen a positive ROI from the last conference we invested in sending employees to. Can we slow down a bit here?”

Chloe raised an eyebrow, but said nothing.

Stretching to accept colleagues with a different style

Have you ever been in a meeting where one person thought things were moving too quickly, and another too slowly?

In our story, both Chloe and Nora are competent professionals who want the best for their organization. But their clashing leadership styles leads to conflict, leaving both of them feeling frustrated. Chloe is decisive and action-orientated, while Nora wants to ensure that all parties feel included.

In my experience as a coach, having a team with different leadership styles is beneficial in the long-term, because it allows you to strategize and examine problems from multiple perspectives. But in the short-term, it can lead to conflict and frustration.

In our Thoughtfully Fit model, the skill needed to handle situations like this is called Flexibility. Since it’s impossible to change other people, you’ll need Flexibility to stretch to accept people whose natural style is different from yours.

Before you can accept another person’s leadership style, it helps to have a framework to understand your own style and those of your colleagues. We have numerous tools and assessments we use for this when we’re out in the field coaching teams, one of which is called the Leadership Compass.

Let me explain how it works. In this model of leadership, people fall into one of four categories each represented by a different direction on the compass:

Chloe is a closer. She’s assertive, dominant and action-orientated. Norths like Chloe typically make decisions quickly, and they appreciate it when their colleagues do the same. Their biggest strength is taking initiative on projects and seeing them through to completion.

Closers can get into trouble when their desire to get things done causes them to rush things, leading to incomplete work. To work with a closer, give them a challenging deadline and count on them to execute.

Nora is a nurturer. She’s the type of manager who strives to ensure that all the people in her department get heard and respected. Nurturers are relational by nature, so they’re usually well-liked members of the teams they work on. Their biggest strength is building processes that incorporate each person’s unique talents and perspectives.

Nurturers struggle sometimes with saying no, especially when they care about their work and don’t want to disappoint people. To best connect with a colleague like this, make sure you acknowledge and appreciate when they’re creating a process for all voices to be heard.

Victor is a visionary. He’s constantly coming up with creative ways to innovate and do things differently. Visionaries are at their best when they can experiment with a new idea, even if that idea involves some degree of risk. They’re constantly promoting divergent thinking among their colleagues.

Visionaries sometimes suffer from shiny-object syndrome, where they jump from new project to new project without seeing any of them through to the end. That being said, you can get a lot out of their skill set if you’re willing to embrace their creativity in the idea generation phase.

Anna is an analyst. She doesn’t like to make decisions until she’s looked at all the numbers and followed the correct procedures. Analysts’ top skill is being able to find fatal flaws in projects, which is great for saving their employer money. They’re also excellent at staying calm in a crisis to look at problems objectively.

But analysts can sometimes get stuck in analysis paralysis, where they don’t feel like they can make a decision. Be sure to respect process and allow time to gather and interpret data whenever you’re working with someone with this style.

An engaging tool to build awareness

While these styles obviously aren’t scientific, they’re a fun and useful tool to build self-awareness and help your team understand the styles of others around them. So useful in fact, that we recently decided to put our internal team at Darcy Luoma Coaching & Consulting through a Leadership Compass exercise in our virtual full team meeting. The results were fascinating to see each person’s style in a snapshot.

Whenever we do this activity in team retreats, we get everyone up and moving to their preferred style. Not only is it fun for team members to see where their colleagues land, it results in some immediate a’ha moments.

Someone like Chloe might think: “Ah, no wonder Nora wants us to slow down – she’s a nurturer who wants to make sure everyone feels involved in the decision-making process.” As for Nora, she might develop more empathy towards Chloe’s closer desire to get things done quickly, leading her to open future meetings with the punchline.

In one memorable example from a recent retreat we facilitated for a client, there was only one analyst on their team of twelve people. When he saw his colleagues spread out across the other leadership styles, he exclaimed: “Now I understand why none of you get excited when I ask for feedback on new policies.”

He’d been frustrated that no-one else embraced developing the organization’s policy manual. By doing this exercise, he was able to see that his preference for details wasn’t shared by others on the team and accept that his colleagues would likely never feel his level of excitement for data. As for his colleagues, they recognized – and had a greater appreciation – for the valuable role he played in making sure strong policies were in place.

With deliberate practice, you too can build the Flexibility needed to accept the other leadership styles on your team. Remember that you can’t change your colleagues, but you can build awareness and acceptance of their styles and work to leverage each person’s individual strengths. 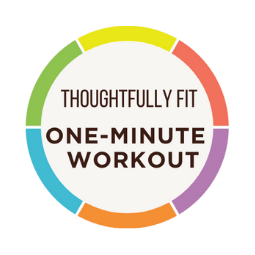 So the next time things feel out of sync in your organization, try the following core workout:

By becoming aware of their different styles, Chloe and Nora learned why they’d been so frustrated in meetings. They now recognize that both styles are important for the long-term success of the organization. It doesn’t mean they don’t get irritated with each other sometimes, but now they have the understanding and language to deal with issues before resentment builds up.

Give it a try with your team and let us know what new awareness and insights you have! 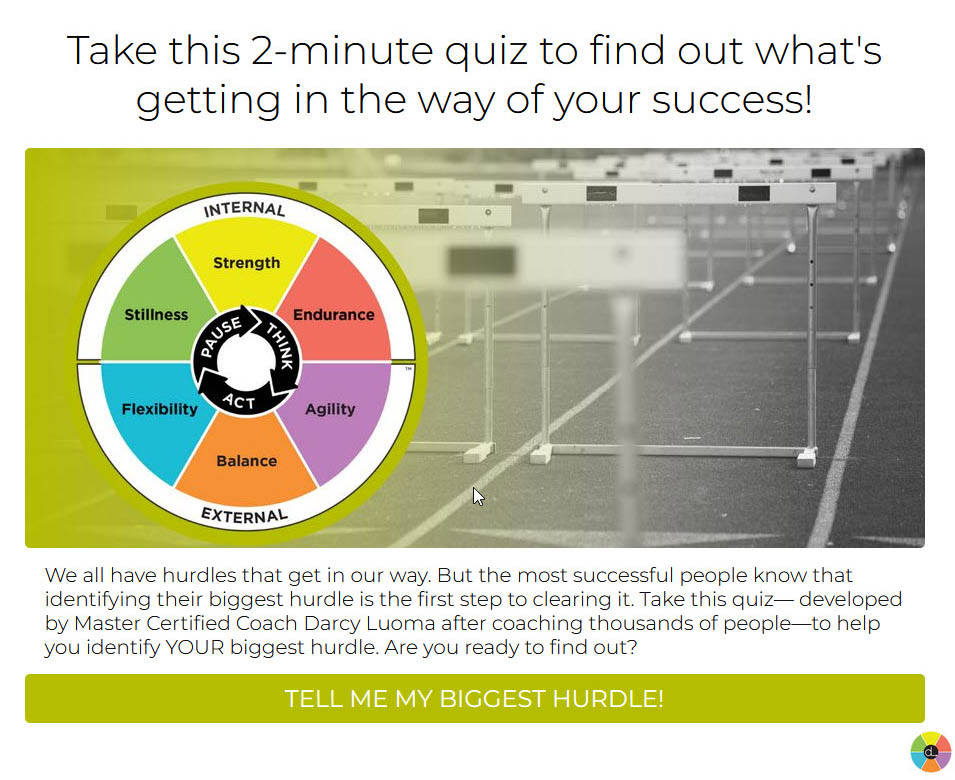