The research that started it all 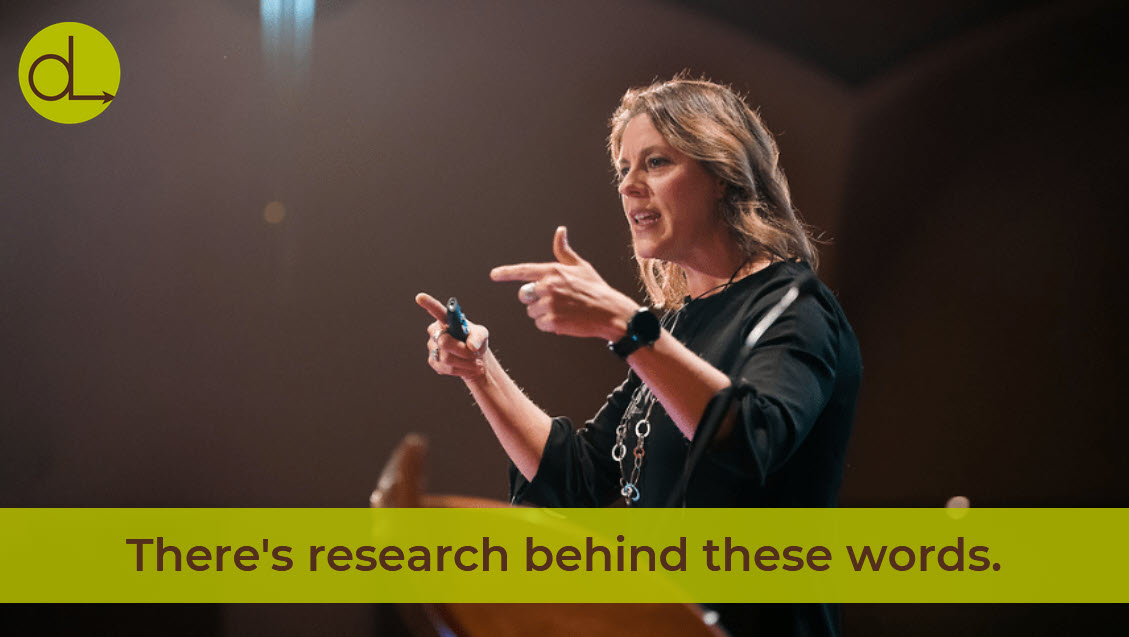 Way back in 2004, I was a fresh-faced thirty-something running U.S. Senator Herb Kohl’s office. It was a phenomenal growth experience, but as a life-long learner I was craving something more to invest in my professional development. I didn’t want to go to law school or get a public policy degree, as my passion was around organizational culture, team dynamics and leadership. So I began looking into master’s programs.

While searching, I was over-the-top excited to find Pepperdine University’s full-time Master of Science in Organization Development degree. Not only was it exactly what I was interested in, it was designed for working professionals! So I got the Senator’s blessing and decided to go for it (huge bonus that it was a strong international program with three of the modules in China, Mexico and France!).

There’s no substitute for passion

One of the requirements to graduate was to write a master’s thesis. I distinctly remember my first meeting with my thesis advisor, Dr. Miriam Lacey. Proudly, I came with a topic prepared: the ethical considerations of a gubernatorial transition team. Admittedly not the most fascinating topic, but one that was top of mind because the previous year I’d taken a leave of absence to run the new Wisconsin governor’s transition team – no small task given the previous Governor (from the other party!) was in office for 16 years.

Dr. Lacey looked at me sternly:

“Darcy, you’re going to be working on this thesis intensely for two years. Trust me, you want to choose a topic you’re passionate about, or something you want to do in the future. Is this really what you want to spend hundreds of hours focused on the next 24 months?”

Wow. It was like she looked straight into my soul and saw that politics was definitely not my passion.

Then it hit me. I could do my master’s thesis on coaching! I knew for certain that I was fascinated by that subject. And the thought of doing a deep-dive on this sparked tremendous joy.

Full of excitement, I outlined my action-research project. We had created a robust internship program in the Senator’s office consisting of training, team building and mentoring. It was awesome and by far one of the favorite parts of my job.

With the Senator’s approval, I randomly selected 10 interns to receive weekly coaching for three months. The other 90 interns remained in the control group and did not receive any coaching. Both groups took two tests to assess their life satisfaction – at the beginning of the research project and the same two tests again at the end, three months later. Then I did the statistical analysis to compare the data.

The results were striking: regardless of one’s life satisfaction level prior to starting coaching, those who were coached experienced a marked increase in satisfaction after coaching. The control group experienced no such changes.

If you’re curious, the actual abstract from my thesis is at the end of this article.

When I published my thesis in 2006, there was almost no research literature about the effectiveness of coaching, as it was a relatively new industry at that time. In addition, it’s difficult to measure the impact of coaching in a quantifiable way, unlike capturing the number of website clicks or percent of increased sales. The benefit of coaching is generally around areas like improved communication, stronger leadership, better relationships, and greater life satisfaction. How do you go about measuring that?

In the years since writing my thesis, numerous other studies have come to similar conclusions highlighting the value of coaching:

There’s still much more research to be done, but the studies show over and over again what I intuitively know: that coaching works. That’s why we do what we do.

Do you want to bring the proven value of coaching to your organization? Contact us today, and we’ll help you explore coaching for you, your colleagues, or your teams. It’s what we love to do!

Want to learn more about my master’s abstract? This is the abstract I wrote back in 2006.

Much of the research that has been done on coaching is on the impact and return on investment of executive coaching. However, there has been limited research done on life coaching and its impact on life satisfaction. In this age of an increased focus on “self-help,” it is ever more important to look at the results of one tool known as coaching.

At the start of the project, 82 potential participants were contacted and asked to respond to two surveys: the Personal Growth Initiative Scale and the Satisfaction with Life Survey. Of those, 10 were randomly assigned to the intervention group with the rest assigned to the control group. After three months, in which the intervention group received weekly life coaching sessions, all participants completed the same two post-surveys.

The results showed that those who received coaching increased their life satisfaction and improved their personal growth. Those in the control group, who did not receive any coaching, did not improve their life satisfaction or their personal growth initiative over that time. The results were comparable among men and women and among college students and graduates in both the control and intervention groups.

The key conclusions that emerged from this study included: