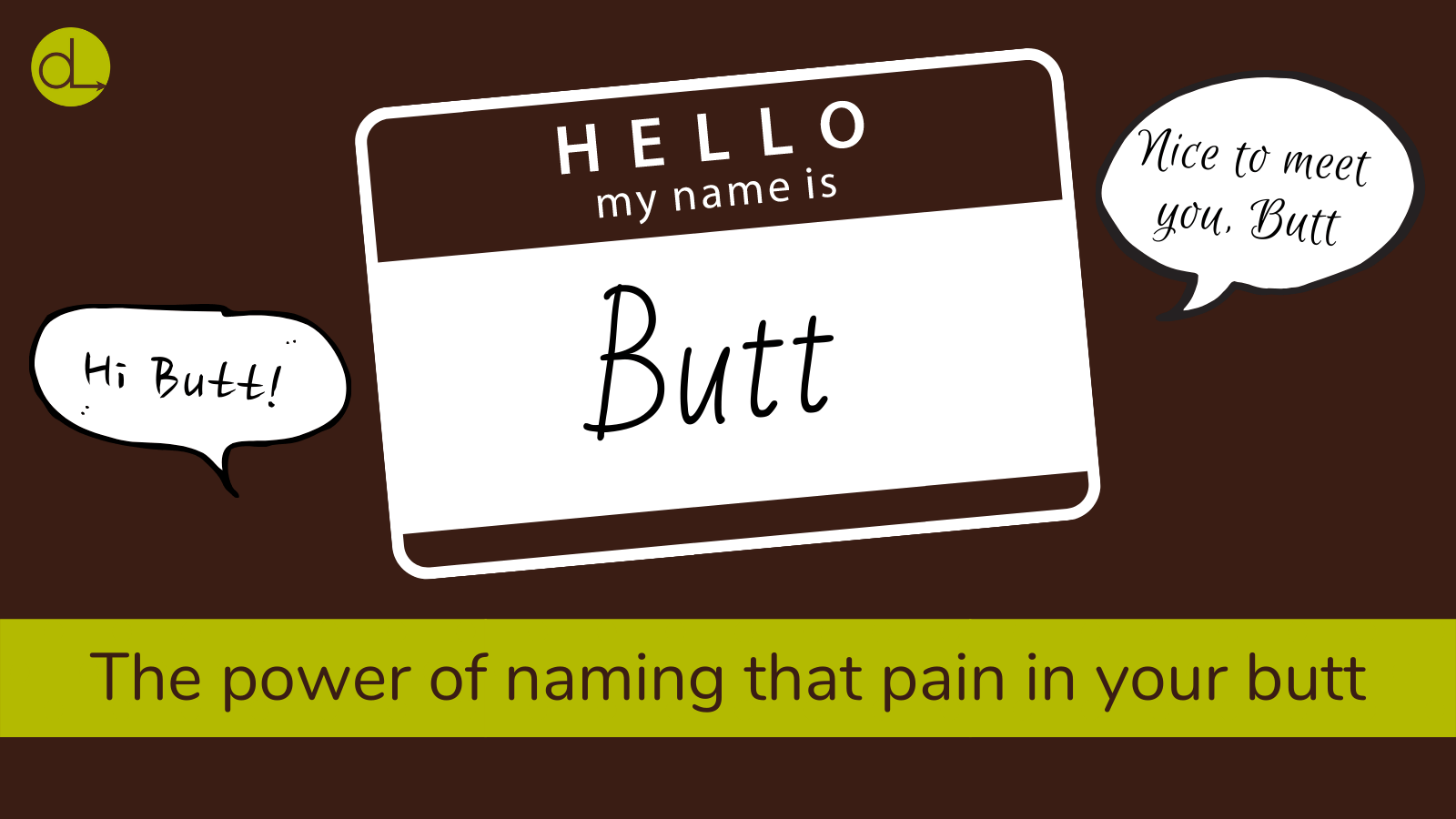 For the last couple of months I’ve been dealing with a pain in my butt. Literally.

At a recent workout with my triathlon team, I tried to explain my pain: It’s sort of a tightness that starts in the glute and shoots down my hamstrings when I run—not a sharp pain, yet not dull either. It’s kind of deep in the muscle, but it’s hard to describe where exactly. It limits my range of motion because it hurts with every stride.

Multiple teammates chimed in, Oh yeah, I’ve had that. There are stretches you can do that’ll help. Just Google it.

After lots of stretching, strength training, and several sports massages, the pain was getting worse. I didn’t know what to do—or if what I was doing was contributing to actually making it worse. So I finally decided to go to a physical therapist. I was hesitant given that I didn’t even know how to explain my problem (combined with being slightly embarrassed about where the pain was). It hurts when I do this, but not as much as when I do this. On a scale of 1 to 10 it’s only a 2 or 3—so maybe I shouldn’t even be complaining about it. But I don’t want to have to stop running. And now the pain happens when I walk too.

I quickly realized my apprehension was unnecessary. My physical therapist asked me very specific questions and was able to diagnose the exact problem: muscle overuse of my quadratus femoris, combined with a super tight quadratus lumborum. It sounded like Greek to me. But she reassuringly told me that’s good news because a muscular problem is easier to fix than an injury or fracture. And, she praised me for addressing it now, before it gets worse (as she said a lot of people ignore it, hoping it’ll get better on its own).

As soon as she was able to name it, I felt better. I still had the pain, but now I knew what I was dealing with.

It’s the Same With People Problems

People problems can also be hard to talk about. They can be difficult to explain or a little embarrassing. Maybe it doesn’t even seem like that big of a deal—but left unaddressed, it’s sure to get worse. Just like problems with the body have a diagnosis, every people problem has a name! And as soon as you name it, you’re on the road to fixing it.

For example, can you relate to any of the following?

All of these people problems are normal. Teams experience them all the time, and they’re just a small sample of the people problems we see with our clients. The fact that people problems exist on your team is not a problem. The problem is ignoring or avoiding them. The high-performing teams name their people problems so they can get to work on addressing them.

So here’s your workout (because by now you know that to be Thoughtfully Fit, you have to train!).

If you don’t know where to start, that’s where we can help.

Even if you aren’t quite sure how to explain it, helping people define and deal with their people problems is what we love to do. You don’t have to deal with that pain in your butt.

Recommended Reading: I recently listened to How to Train Your Mind by Chris Bailey, and it was all about the benefits of meditation on productivity. I didn’t even know what the book was going to be about before I listened to it, but it really spoke to me. It includes a ton of research on meditation that I found incredibly motivating. It gave me just the nudge I needed to restart my DAILY habit of meditation.