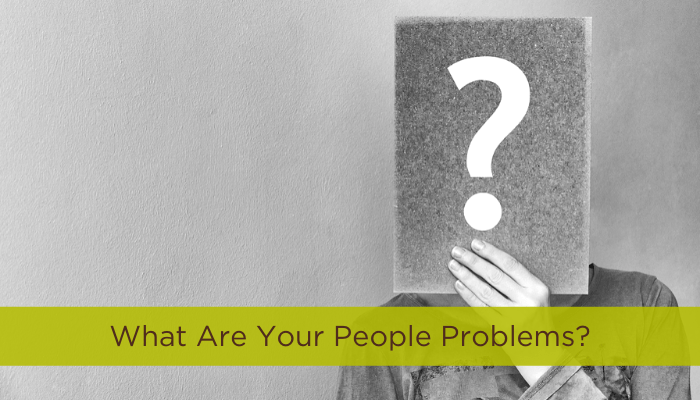 What Are You Not Talking About?

During a recent coaching session, my client Gina wanted to discuss an issue she was having with two of her sales managers, Jack and Diane. Let me just give you the headlines. (Names and specific details have been changed to protect confidentiality!)

Gina asked Jack and Diane to talk to their employees about how to meet with new clients in the third quarter (since meeting in person has become much more difficult) and then work together to prepare a report outlining potential strategies and their recommendations. (From Gina: I told them to get me their findings in two weeks. This shouldn’t have been difficult.)

In their next check-in meeting with Gina, where they should’ve given a quick update on their progress, Jack and Diane were arguing about how to tackle the project, and they made the case for why they should individually work on it. (She couldn’t believe they wasted a week doing nothing!)

Even though they finally agreed to work together and figure it out, Gina got calls after the meeting from both Jack and Diane individually expressing their concerns. (They were essentially throwing each other under the bus.)

Gina sent them both an email that clearly defined the task and deliverable: at the next meeting she wanted their recommendations so she could finalize a strategy for Q3. (She admitted to spending way more time crafting that email than she’d have liked to admit.)

By the time I talked to Gina, she was beyond frustrated. Her meeting with Jack and Diane was coming up in two days, and she wasn’t sure how to prepare or what to do if they hadn’t worked together on the report. (If they weren’t so good at sales, she said she’d fire them both for this continued ridiculousness. She was tired of always wasting time on these petty things.)

What are you not talking about?

Can you relate to Gina’s experience? Or maybe Jack’s or Diane’s? This is a recent example, but I’ve heard this type of story hundreds of times. The details are different, but the bottomline is always the same:

People problems get in the way of doing the work that teams and leaders do best.

You can often tell people problems are present by what’s not being talked about.

Whenever people work together, people problems are going to exist. Gina’s problem wasn’t that Jack and Diane were disagreeing, the problem was that nobody was talking about it.

It’s not uncommon for teams to experience conflict and not talk about it. They just push through hoping it goes away on it’s own or they wait until the project ends so that they don’t have to deal with it anymore.

There’s also shame that often comes up when teams experience people problems. Leaders don’t want to admit their team has conflict. Teams don’t want to talk about the tension that is present when they get together.

So let me be straight with you. People problems are completely normal.

People problems exist on every team – even high performing teams! The difference is that the highest performing teams are brave enough to talk about the underlying issues. When they deal with their people problems, they can get back to focusing on the work they do best.

You can solve your people problems

What do we do best? We help leaders and teams navigate their people problems, so they can focus on what they do best.

One of the places to start is with communication, specifically, turning up the dial on courage, compassion, and curiosity in every situation so you can have thoughtful interactions with your team. Take a look at this video to learn more about these three C’s (and feel free to share it with your team!).

Do what you do best

Gina just wanted recommendations for Q3. But at the end of our coaching call, she decided it was time to talk to Jack and Diane about their power struggles. She realized she’d always avoided addressing it directly, and it was now consuming too much of her energy. Gina was looking for a quick fix, but it was going to take time to create clear communication, build trust, and help them deal with their struggles of working together.

Gina knew it wasn’t going to be easy, but it’d be worth it if it meant not spending as much time on these people problems. And actually – after just the first conversation with Jack and Diane where they agreed they would address this head on – the dynamic between them had already improved.

Let us know how we can help. It’s what we do best.