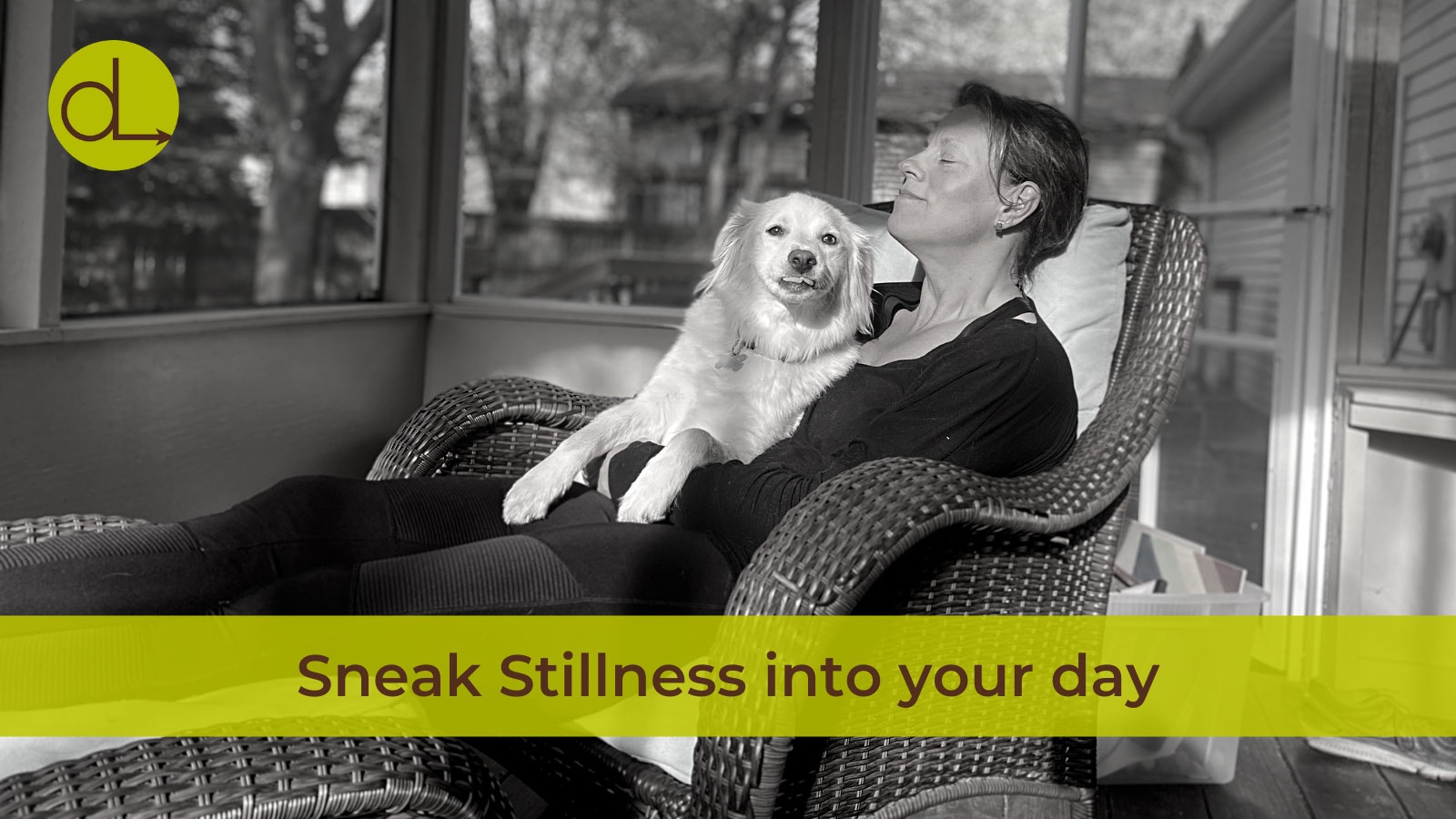 The Benefits of Quieting Your Mind

What do we mean by quieting your mind? On days when there seems to be nothing to do but work—meeting after meeting, client after client, three cups of coffee deep—that’s when I know I need to stop the clock, call a timeout and pull out a pivotal play. Naps. Okay, not really. But even in those moments, I do create time to rest my body and mind (and sometimes a cat nap is just what’s called for).

Practicing Stillness or quieting your mind has some pretty incredible benefits when it comes to being on the top of your game. For example:

I could go on and on about the magic of squeezing a little Stillness into your day. But bottom line, if you’re wanting to be intentional and effective in the work you do, Stillness is essential.

Working Out Your Stillness Muscle

Just like it’s difficult to be physically active for long periods of time without giving our bodies time to rest, we also can’t expect our minds to run at full capacity for long periods of time without rest. As a matter of fact, when you’re “going hard” at the gym—trying to get that Popeye strength (sans the spinach)—you don’t build muscle on the days you lift weights.

Your muscles rebuild stronger on the days you REST. I’m serious, just ask the sailor man himself.

When I first started weight training, I’d lift weights every day. I figured more is better, right? Thankfully my triathlon coach set me straight. She told me that the only way I was going to build muscle was to rest. And she was right.
You have to do the same for your brain and quiet your mind. Library type quiet. Meaning no podcasts, playing video games, or watching TV.
Don’t get me wrong. I love decompressing by bingeing Netflix, listening to podcasts, and talking to friends. But in order to get stronger, you need to give your mind the chance to rest. This doesn’t require being physically still, keep hitting the gym and working on that Simone Biles strength and balance. But it does require being mentally still.

No One Said Stillness Was Easy

You might be saying to yourself, “Rest? I barely have enough time to think, let alone rest.” It’s a common hurdle that people face. And just like with any Thoughtfully Fit hurdle, it takes practice to overcome.

I had a client whose mind was constantly in overdrive. She was exhausted. It felt as if she didn’t have time to spare. And it meant she had no energy for strategic planning or creative problem solving. That’s when I shared with her the training plan for new runners.

That’s what I challenged my client to do when practicing Stillness. Start small.

I asked her, “Where in your day do you have one minute to quiet your mind?” She identified her commute as a possibility—a time she typically scheduled calls or listened to podcasts, NPR, or books to make her day as productive and efficient as possible. Upon further exploration, she decided to let go of the idea that it would make her lazy to not get “caught up” with her podcasts during her car ride.

After a week, she noticed that Stillness was becoming easier. She enjoyed the quiet of her commute for a longer period of time each drive until, eventually, she no longer made calls in the car and found a different time for podcasts. Her commute was now her time.

She got to work focused and ready to jump in. And at the end of day, she arrived home calm and ready to decompress because she’d processed everything from her day during her commute. She was more intentional—at work and at home.

Sometimes I get on a roll with my meditation, but often I spend most of my time wondering if I’m doing it correctly. So, it doesn’t work so great.

The best strategy for me? Cutting vegetables. It may sound silly, but it works. I spend half an hour a few times a week slicing and dicing vegetables. During that time, I don’t talk to anyone, I don’t have a podcast on, and if I do have music on, it’s calm instrumental music that has no possibility of distracting me. I spend that time chopping and just allow my mind to quiet down.

Just make sure you leave that newspaper, book, and phone behind.
So, what do you do once you cancel the inputs? Just notice what you notice.

Notice what comes to mind. If other thoughts pop up, no need to judge them or try to stop thinking about them. Just acknowledge them, set them aside, and see what else you notice. You can’t do this wrong! Taking the time to quiet your mind is like letting the snow in a snow globe settle. Once you let everything settle, you’ll have a better idea of what’s around you. Then you can be more intentional about what you want to do next.

With all the constant inputs and our never ending to-do lists, it can be a challenge to keep up with our minds and find our focus. Take your mind off overdrive.

Pause. The next time you’re feeling unable to focus, hit the breaks.

Think. Ask yourself, Why do I feel frazzled? What can I do right now to quiet my mind?

Act. Avoided the mental crash. Squeeze in a break and get to resting.

When we lose focus, we can take so many wrong turns on the way to accomplishing our goals. Reign in that focus. Practice a little Stillness and build your thought muscle along the way.

In her Ted Talk, champion spearfisher and freediver Kimi Werner shares how taking a moment to slow down can change your life (and even save it). From riding sharks to her efforts in conservationism, Werner’s incredible story is inspiring. While we should definitely leave shark riding to the professionals, Werner’s message of slowing down—so we can act with intention and define our success—gets right at the internal Thoughtfully Fit practice of Stillness.